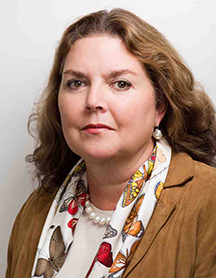 This is the first in a series of career-oriented posts from Deirdre O'Donnell, Director of Career Services for the Bridge Program and Associate Director of the Tuck Career Development Office. Deirdre began her career in 1982 as a corporate finance intern at American Express. She joined Lehman Brothers in 1984 and spent the majority of her career within the Fixed Income division. Over the years she was very involved in Lehman’s campus recruiting effort at colleges and universities and ultimately became Global Head of Diversity Recruiting for the firm in 2004. After leaving Lehman in 2008 she joined the Tuck School of Business as an Associate Director of the Career Development Office, focusing on the financial services industry.

We have all been told that “networking” effectively can get us a job. But the process can feel so painful- even insincere and phony. See if you can find something you have in common with the person before an informational call (shared acquaintance, interests, schools, as examples) and it will feel more authentic. LinkedIn is one way to identify some commonalities.

Ask yourself what you are trying to gain from a networking conversation. The honest answer is probably a job lead, but approach it with the thought that every call or meeting benefits you in some way. Use informational calls/meetings as an opportunity to find information that you won’t find on-line. Ask thoughtful questions and you will be smarter and even more prepared for the next call that you make. Focus on learning, not asking for a job, and you will be more comfortable.

Most people are flattered to be asked about themselves and most people are willing to give advice - you are just giving them a platform to do that. As long as you are prepared with questions it will not be a waste of their time. You will find that you come away from a conversation knowing more about what their job entails, having a better understanding of their company and industry, and potentially gaining an advocate. In addition, you get to practice having professional conversations. All of these will make you stronger in interviews going forward.

What is in it for them? They feel good that they have helped you – it’s a way of “paying it forward”. Think of it this way…if someone from your college called one of your parents to ask for some career guidance, would they speak with them? Likely they would. You are that person.

And don’t forget to offer something in return at the end of the meeting. Maybe offer to be a contact for anyone they might know who is thinking about applying to your college….